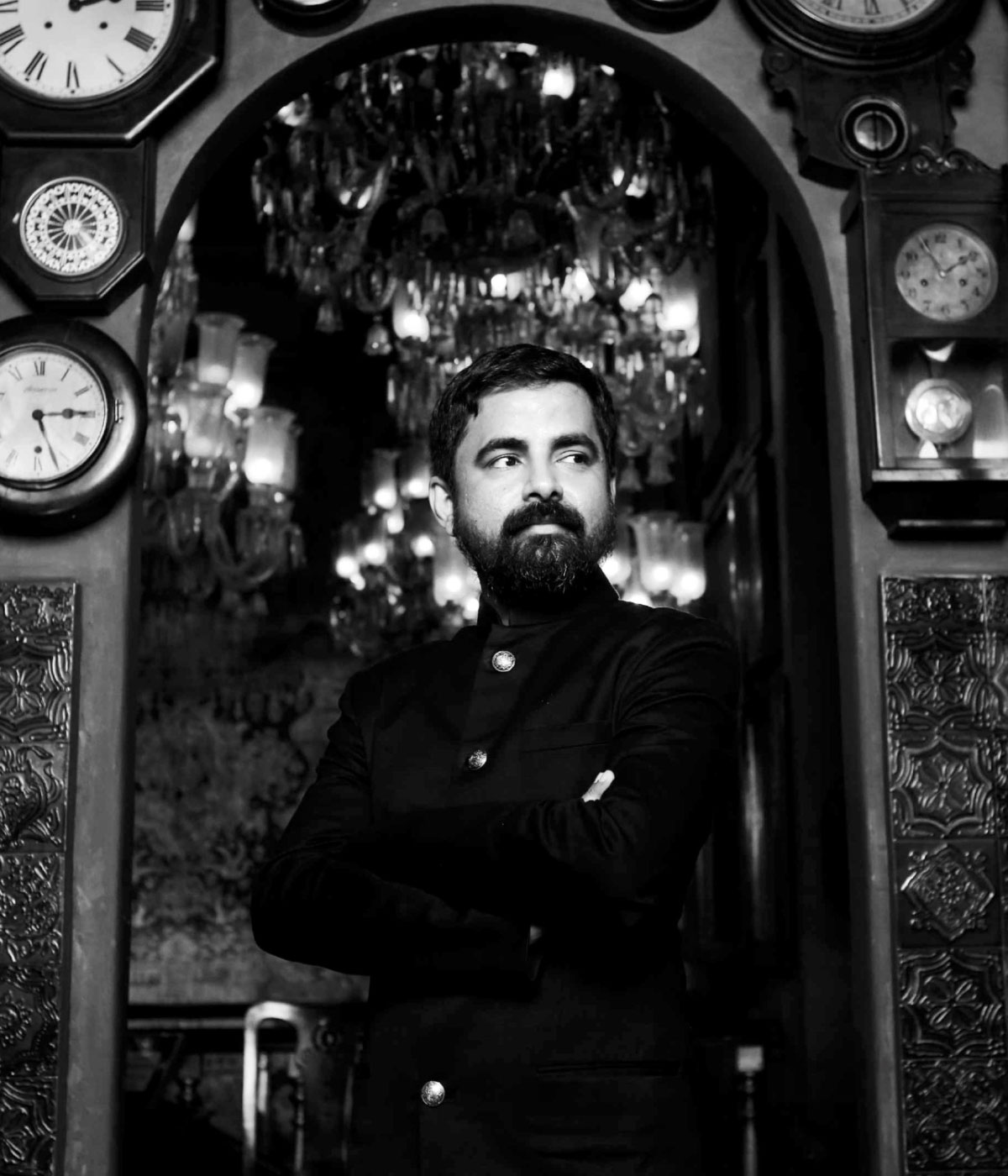 Sabyasachi Mukherjee graduated from NIFT in 1999, with 3 major awards. In 2001, Sabyasachi started his eponymous label which began with a workforce of just three persons. Today, with a workforce of over 3,000, Sabyasachi’s design philosophy is: ‘Personalized imperfection of the human hand’. He believes that “clothes should just be an extension of one’s intellect”.

Sabyasachi has traversed a career path that has taken him to the fashion circles of Milan, Japan, Tokyo and New York to name a few. He has designed all of his own stores which are present in the cities of Delhi, Mumbai, Kolkata and Hyderabad. Sabyasachi is a self-described global nomad whose approach to design is inuenced both by his travels and his Indian roots.

He has also founded the Sabyasachi Art Foundation along with his sister, as a tribute to their artist mother and as a social responsibility initiative to give indigenous artists and craftsmen due recognition and a means of livelihood. Sabyasachi aspires to grow a ‘people tree’ enterprise that encompasses Indian tradition, culture, and history and converts it into an intellectually and aesthetically inspirational global super brand.

In 2012, Sabyasachi designed the Cinema Suite at 51 Buckingham Gate, Taj Suites & Residences in London which is inspired by 1940’s and 1950’s Hollywood as well as the Indian Cinema era of the 1950’s In 2015, he designed a line of wallpapers for Nilaya, the luxury wall covering line from Asian Paints that brings richly layered décor into the home with new aesthetic imaginings.