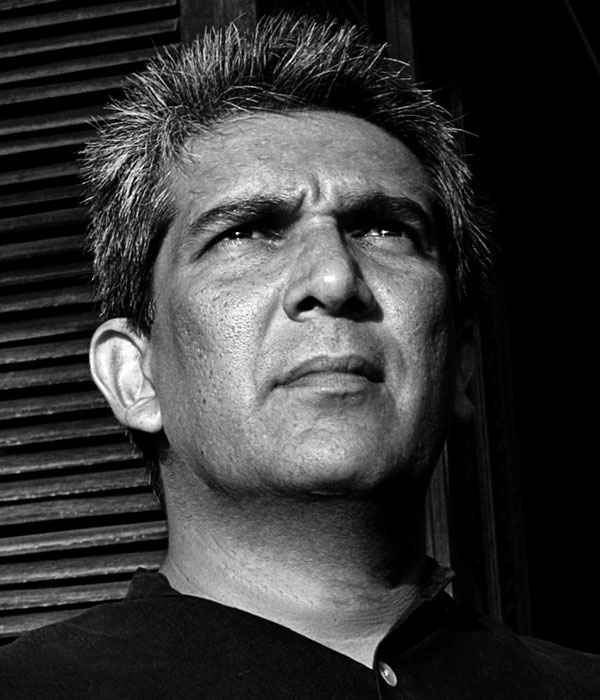 Founded by Bijoy Jain, Studio Mumbai works with a human infrastructure of skilled artisans, technicians and draftsmen who design and build the work directly. This group shares an environment created from an iterative process, where ideas are explored through the production of large-scale mock-ups, models, ma- terial studies, sketches and drawings. Projects are developed through careful consideration of place and practice that draws from traditional skills, local building techniques, materials and an ingenuity arising from limited resources.

Bijoy Jain was born in Mumbai, India in 1965 and received his M. Arch from Washington University in St Louis, USA in 1990. He worked in Los Angeles and London between 1989 and 1995 and returned to India in 1995 to found his practice.

The work of Studio Mumbai has been presented at the XII Venice Biennale and the Victoria & Albert Mu- seum, and received several awards, including the Global Award in Sustainable Architecture (2009) finalist for the 11th cycle of the Aga Khan Award for Architecture (2010), winner of the seventh Spirit of Nature Wood Architecture Award, Finland (2012), winner of the third BSI Swiss Architecture Award (2012), most recently winner of the Grande Medaille d’Or from the Academie D’Architecture, Paris, France (2014), and the University of Hasselt, Belgium bestowed an honorary doctorate on Bijoy Jain in 2014. He has taught in Copenhagen (2012), fall semester at Yale (2013), spring semester in Mendrisio (2014) and will be teaching the spring semester in Mendrisio in 2015 as well.

Tazias are miniature cenotaphs made to be carried on shoulders in remembrance of an Islamic saint. These structures are made entirely of bamboo sticks, cotton strings and river- mud. Finally, they are clad in ‘carved’ paper so as to imitate the intricate stone carvings of tomb-architecture. Strings are simply wrapped around bamboo joints and just held by mud instead of being tied. This fragility of construction allows the Tazias to dissolve and disintegrate in water at the end of rituals.

Every little detailing – from imagining the design, making the structure, carving the paper, embellishing – right up to lighting it up is all done by intense participation of an extended family or the neighbourhood. Everyone plays a role in the making of a Tazia. This oneness with the object brings a certain frugality and finesse in these temporal structures. While faith is the driving force behind those constructions, the lucidity of the outcome reveals an innate yet humble architectural understanding of the people 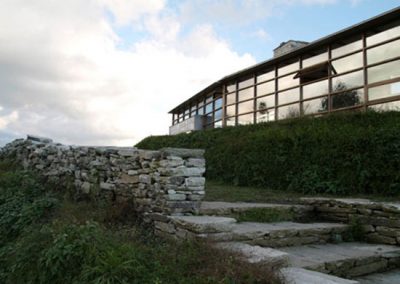 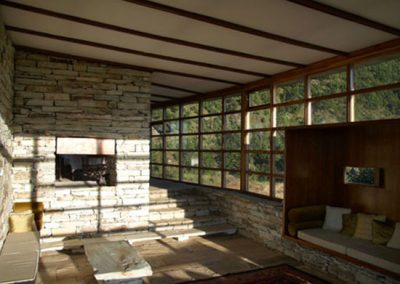 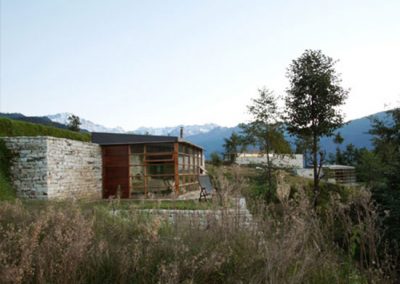 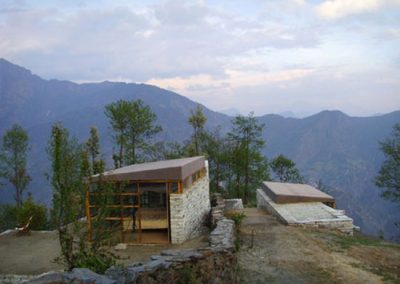 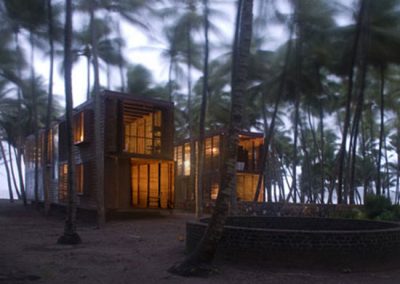 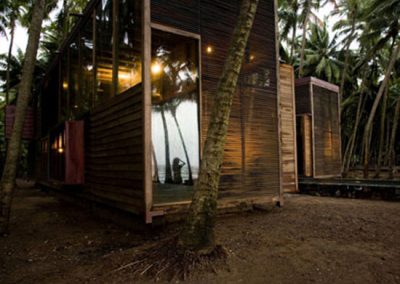 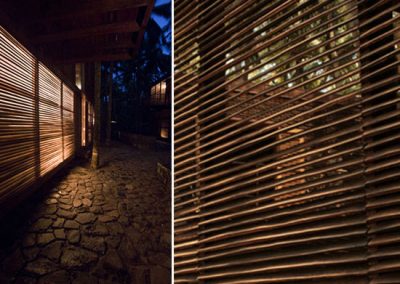 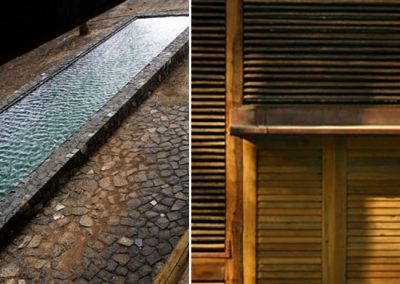 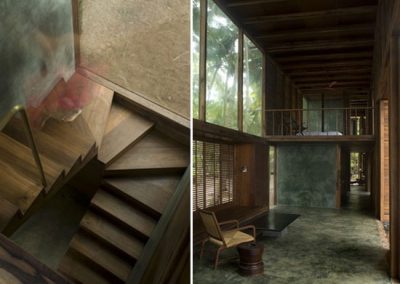 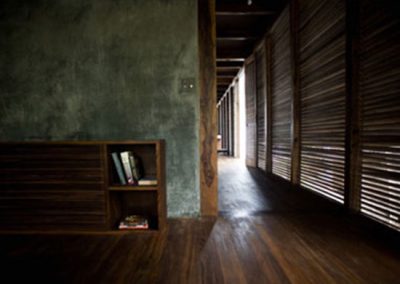 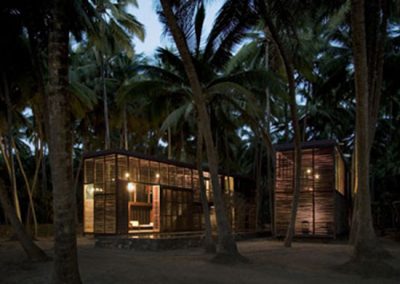 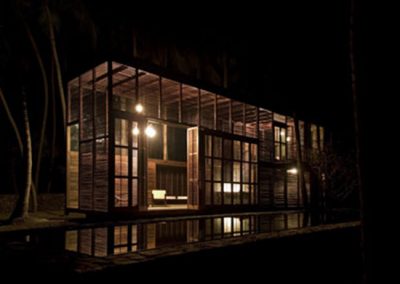 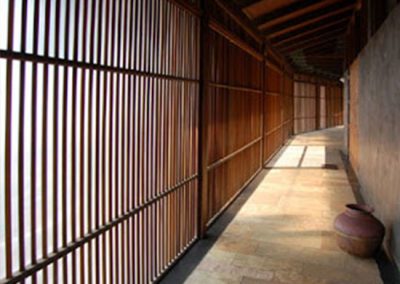 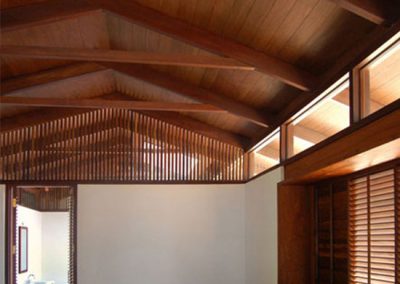 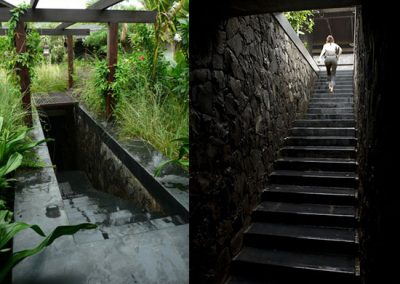 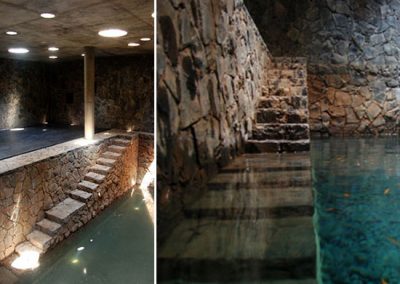