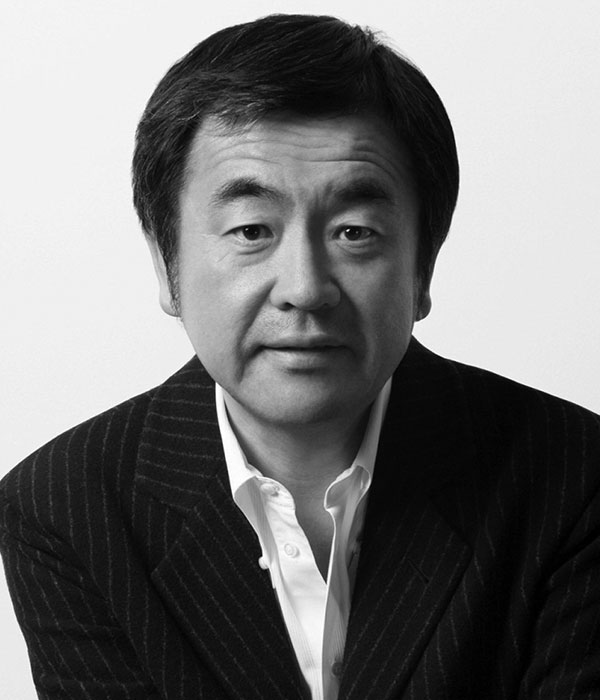 Kengo Kuma was born in 1954. He completed his master’s degree at the University of Tokyo in 1979. After studying at the Columbia University as Visiting Scholar, he established Kengo Kuma & Associates in 1990. In 2009, he was appointed Professor at the Graduate School of Architecture, University of Tokyo.

The Iiyama Cultural Hall “Nachura” is a cultural complex of two halls and community stands in front of JR’s Iiyama station on Hokuriku Shinkansen. It was pressed into service in the spring of 2015. The interiorized alley, named “nakamichi” or inner street, connects two culture halls and community spaces and is designed  to be used by people  from all  walks of life.

The architects used “gangi”, which is a traditional kind of arcade commonly observed in the snowy regions of Japan, as inspiration. The wanted to reinvent the existing space framed within wood and “doma” (earthen floor) and bring it into the present age.

The roof of Nakamichi is supported by a structure of wood and steel, and the spaces that consists of natural materials, including washi, creates a warm and friendly atmosphere, giving it a character very different from  the typical box-like cultural buildings.

The hill-shaped structure made with corten steel and larch, completely integrates with the green of the hill in its background, forming a clear contrast with the abstract presence of the Shinkansen. 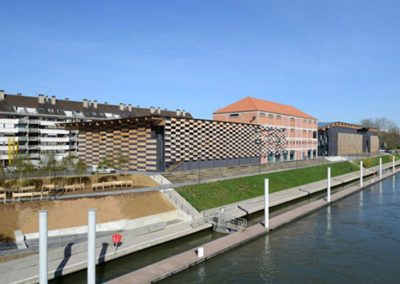 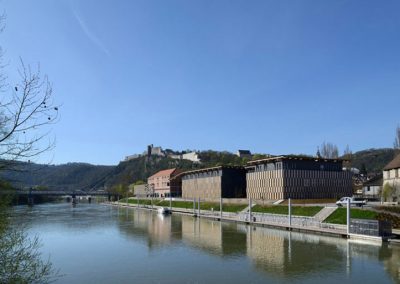 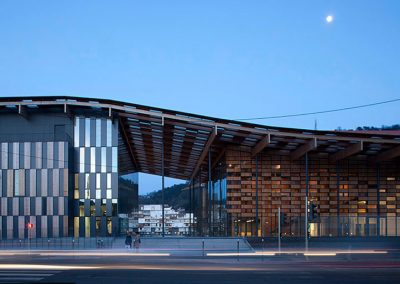 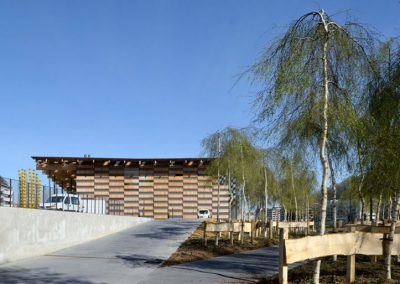 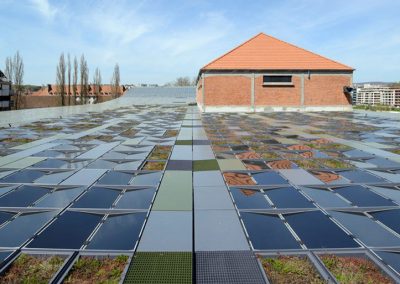 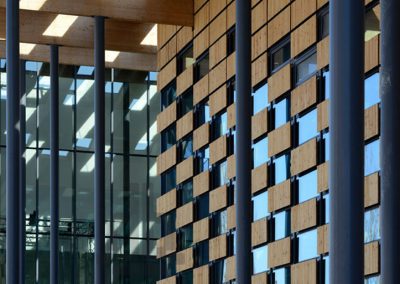 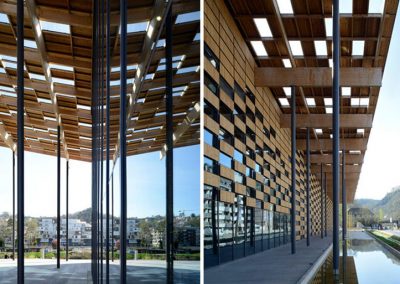 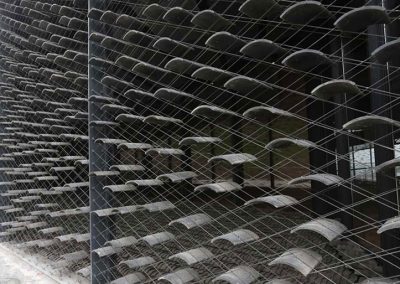 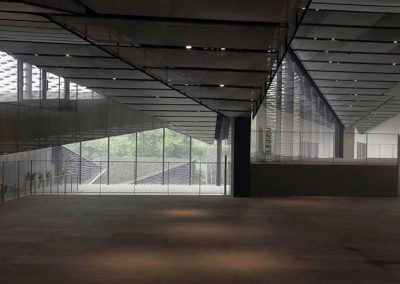 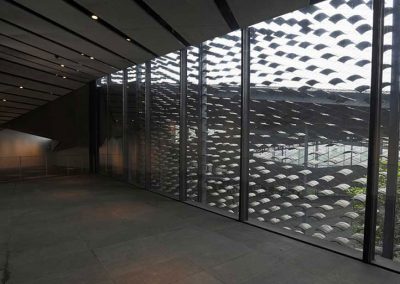 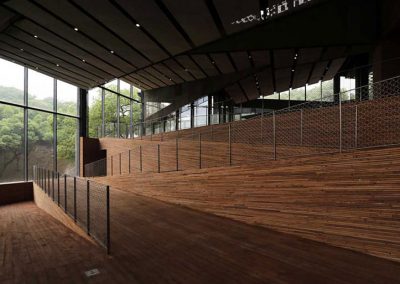 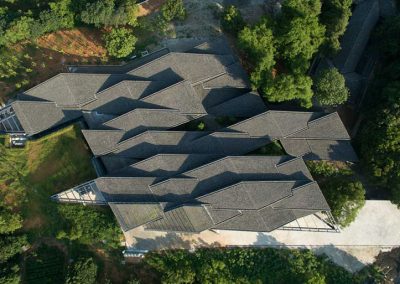 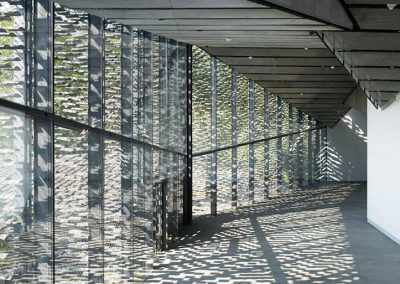 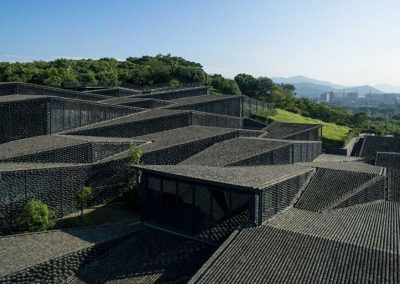 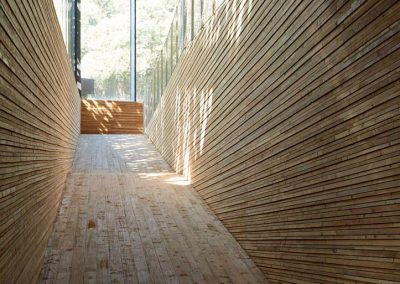 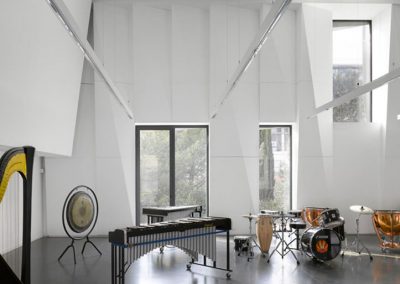 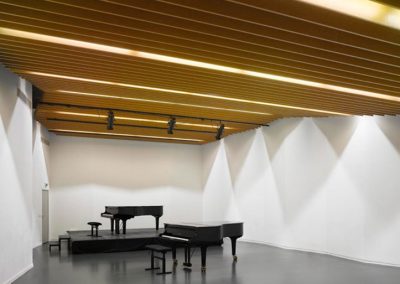 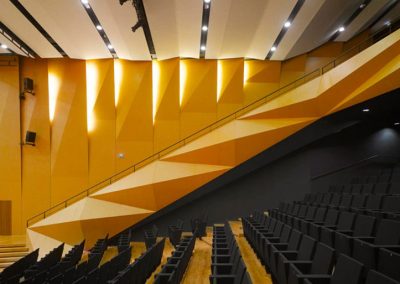 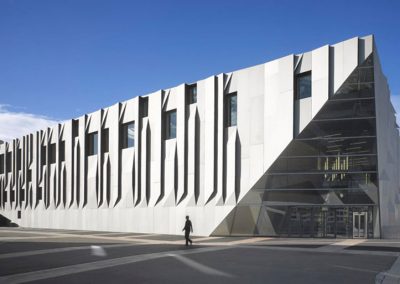 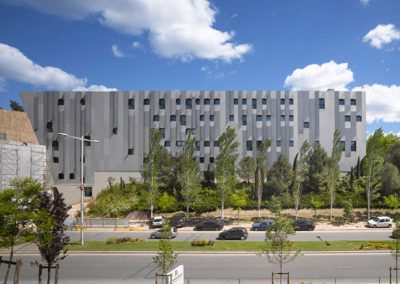 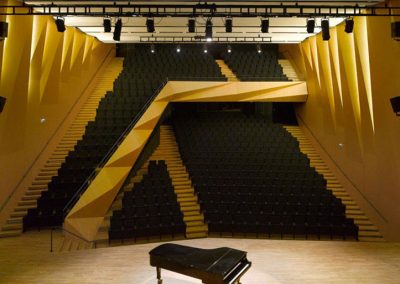