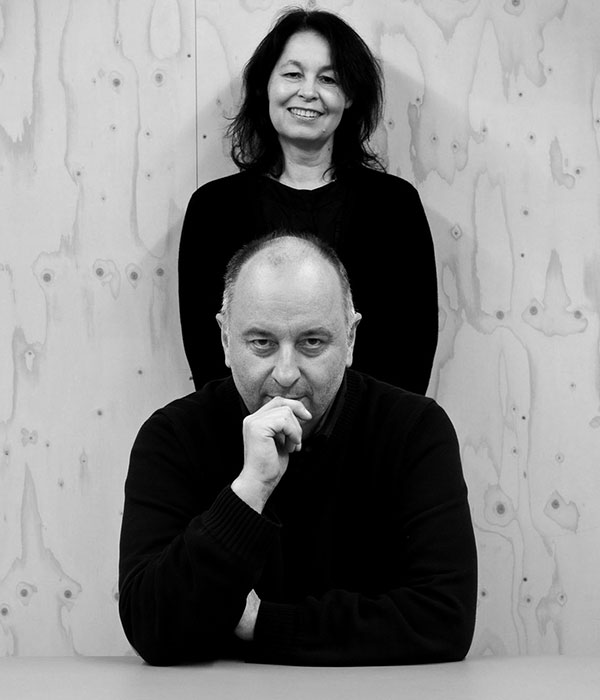 From dovecote to concert hall, from art gallery to municipal archives…Paul Robbrecht’s body of work since 1975, has achieved a variety and maturity that is unmatched in Belgium. His work’s distinctive features include a constant relationship between architectural design and the visual or performing arts. His architecture takes an outspoken contemporary and humane position that always expresses inner personalities and relates to the wider cultural context of science and art. His sturdy designs are never unequivocal, nor do they ever expressly pursue simplicity. On the contrary, his best designs are complex and layered, combining age-old typologies, new programmes and personal affinities with classic themes from architecture and contemporary art.

His firm Robbrecht  en Daem architecten has won numerous prizes and distinctions and its work has been widely and internationally published and exhibited.

How does the cultural fabric of Asian cities provide an inspiration to your architecture?

However we are undoubtedly to be perceived as Belgian architect’s firm, we also believe to find our inspiration in the common ground and universal communality of age-old typologies and habits.

The cultural fabric of the Asian city learns us about the ambition of growth and change on the one side and the deep-rooted acceptance of traditions on the other side. This duality is very inspiring for us.

Following two demolition campaigns, Ghent’s historic heart had degenerated for decades into a desolate parking lot. Robbrecht en Daem architecten and Marie-José Van Hee architects proposed a programme to restore the glory of this area in two separate efforts between 19996 and 2005. Rather than just providing an open space for events, they sought, by meticulously positioning a market hall, to rectify this deficiency and reinstate the presence of old urban unrecognizable areas.

The building positions itself between Poeljemarkt, Goudenleeuwplein, and a new lower ‘green’ connecting to the ‘brasserie’, bicycle park and public toilets below the hall. Compared to St. Nicholas Church, Belfry and Cathedral, it assumes the heights of a lower group of buildings such as the adjacent town hall. Being an urban interior, the inside boasts of a dual modulated wooden ceiling, whose small windows scatter light inwards. The exterior assumes a respectful role relative to the nobler historic stone buildings, by using a wooden, almost humble, finish. A glass envelope protects the wood and provides a soft shine, at the same time integrating the sky‘s reflection. Large buffer basins to absorb rainwater, principles of low energy consumption for the brasserie, use of natural materials, the contribution of public transport and a clear vision about giving new value to the historic centre with its old spatial structures, are just parts that broadly flesh out ‘sustainability’ for the future. 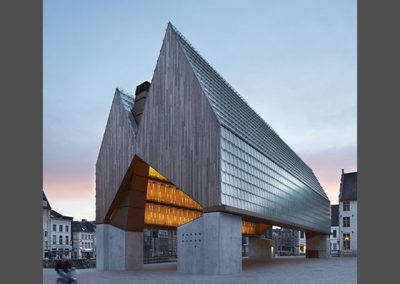 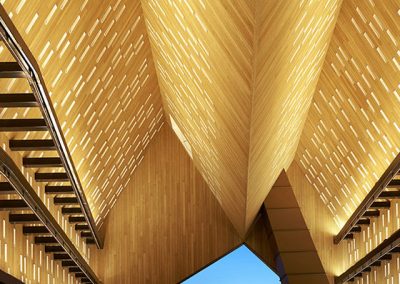 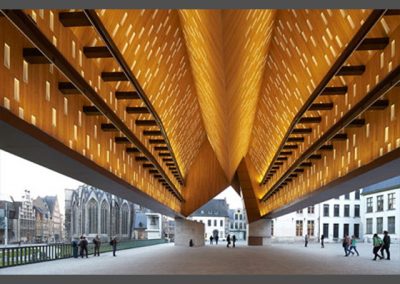 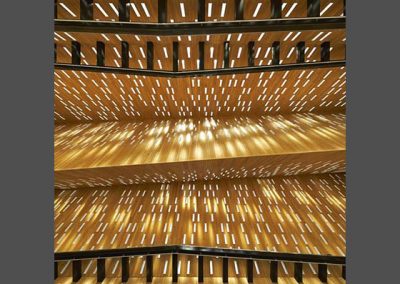 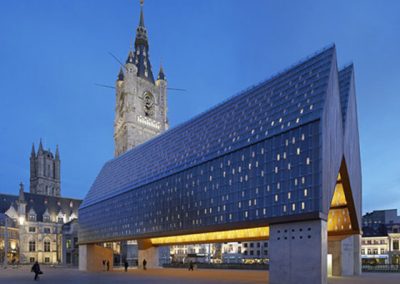 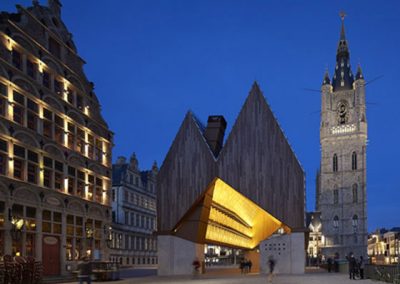 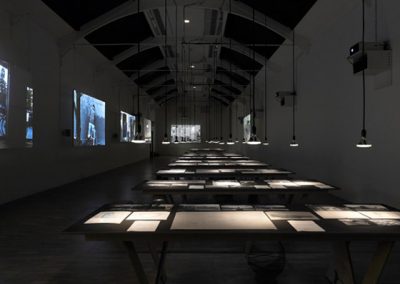 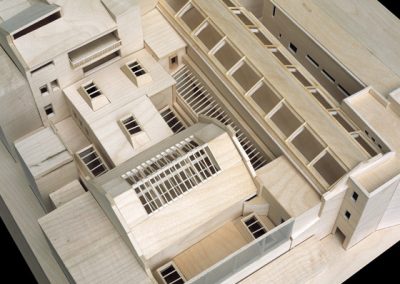 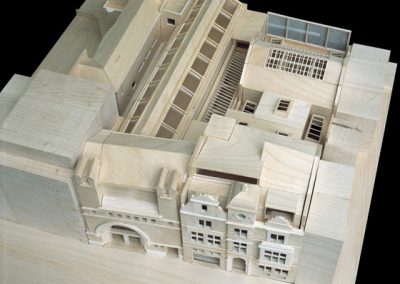 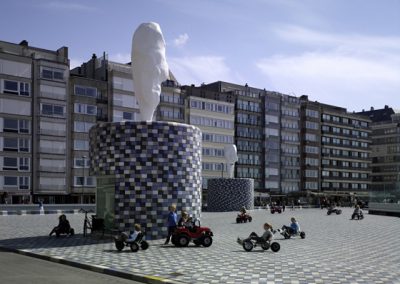 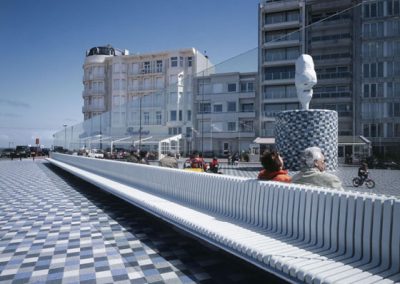 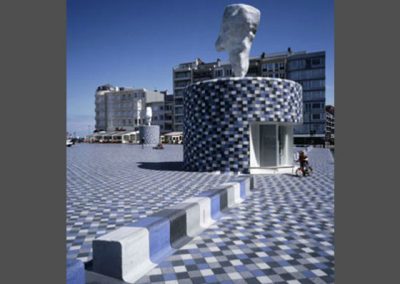