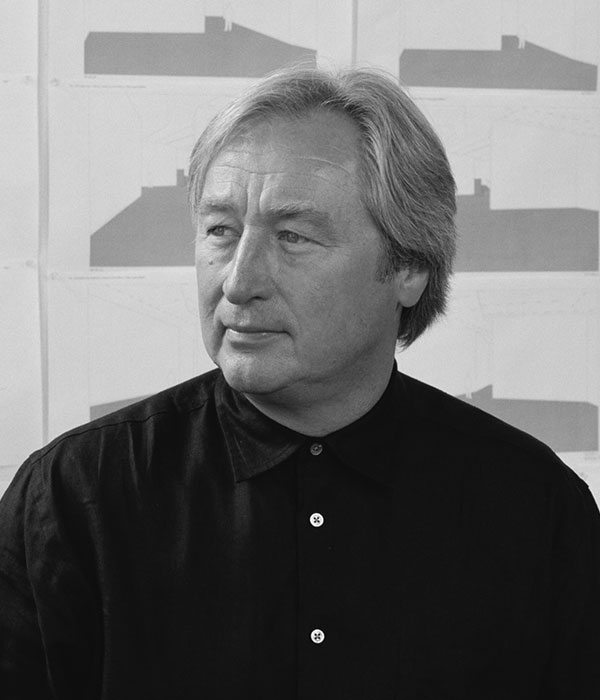 Steven Holl Architects is an internationally recognized, innovative archi-tecture and urban design office with locations in New York City, San Francisco, and Beijing. Steven Holl founded the firm in 1976 and now has a total staff of 45. The firm has been recognized with numerous awards, publications, and exhibitions for quality and excellence in design; Steven Holl was named by Time magazine as “America’s Best Architect,” for creating “buildings that satisfy the spirit as well as the eye.” Steven Holl Architects specializes in edu-cational and cultural projects, such as the Kiasma Museum of Contemporary Art in Helsinki, Finland; the Cranbrook Institute of Science; the NYU Department of Philosophy; the University of Iowa’s School of Art and Art History; and the Nelson-Atkins Museum of Art in Kansas City, which The New Yorker called “one of the best museums of the last generation.”

A. The cultural fabric of Asian cities has been deeply inspiring to me. My first visits and works in Japanese cities in the late 1980’s-Tokyo, Kyoto, Nara, and Fukuoka-were experientially amazing. Beginning in 2001, my experiences in Beijing, Nanjing, Chengdu, and Shenzhen, China became of seminal importance to the creation of the buildings we realize.

The experiences of India are also very inspiring, especially the subtractive architecture of the great stepwells which date as far back as the tenth century CE. The formal and geometric power of these compositions that provide access to water from ground wells (structured in a system of lateral downward paths) has amazing variety in the hundreds of examples still present today.

Near Mumbai, the Elephanta Caves-dating between the fifth and eight centuries CE- provide examples of subtractive architecture carved into a basalt hillside. Our competition winning design for the Mumbai City Museum North Wing takes modern inspiration from this astonishing legacy of historic subtractive geometric Indian architecture.

As I wrote in my manifesto Anchoring (1988): “Architecture is bound to situation…a construction is intertwined with the experience of a place.”

I hope Asian inspirations continue, as we have future travel to India planned to realize our inspiring new museum building.

Mumbaiâ€™s oldest museum garden in Byculla will have a 125,000 sq ft new wing. The Mumbai City Museumâ€™s North Wing addition is envisioned as a sculpted subtraction from a simple geometry formed by the site boundaries. The concept of â€œAddition as Subtractionâ€ is developed in white concrete with sculpted diffused light in the 65,000 sq ft new gallery spaces. Deeper subtractive cuts bring in exactly twenty-five lumens of natural light to each gallery. The basically orthogonal galleries are given a sense of flow and spatial overlap from the light cuts. The central cut forms a shaded monsoon water basin which runs into a central pool, related to the great stepped well architecture of India. The central pool joins the new and old in its reflection and provides sixty percent of the museumâ€™s electricity through photovoltaic cells located below the waterâ€™s surface. The white concrete structure has an extension of localrough-cut Indian Agra stone. The circulation through the galleries is one of spatial energy, while the orthogonal layout of the walls foregrounds the Mumbai City Museum collections.

This is the first time that an international architectural competition has been held for a public building in Mumbai. The initiative will also create the first major public-privatepartnership building in the city. Construction is expected to begin in 2016. 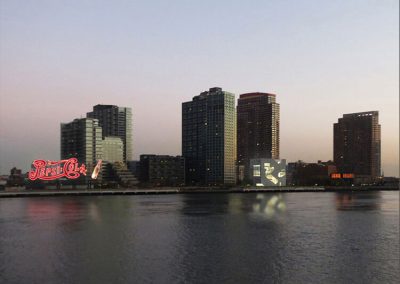 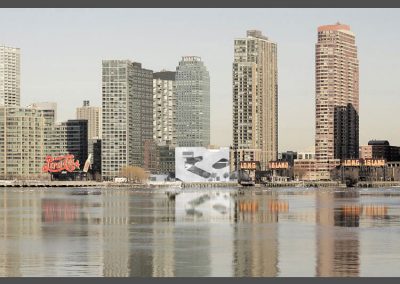 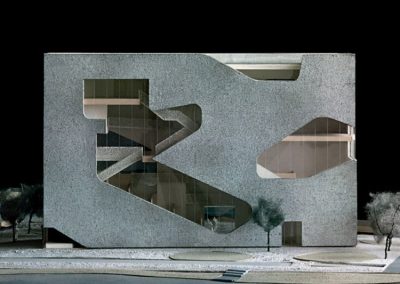 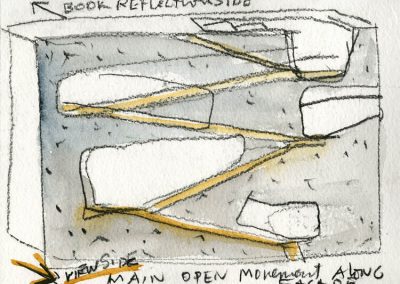 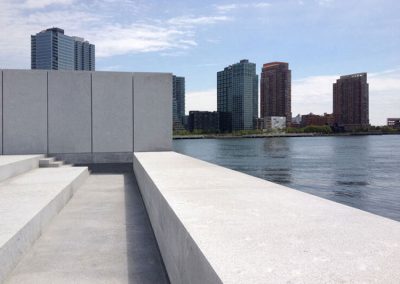 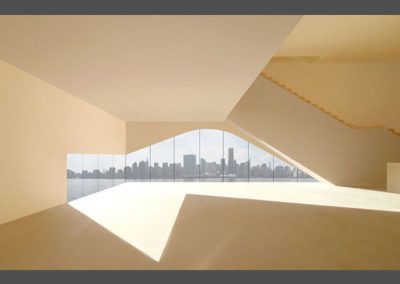 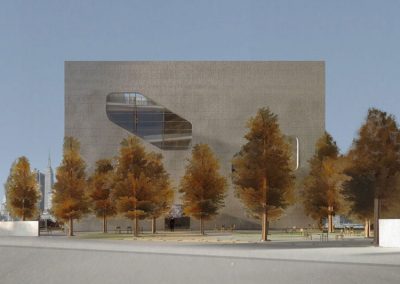 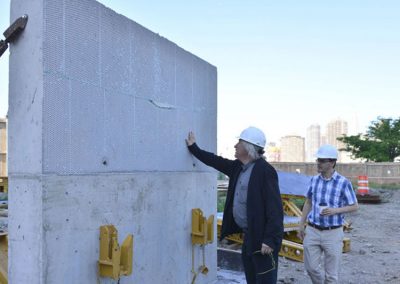 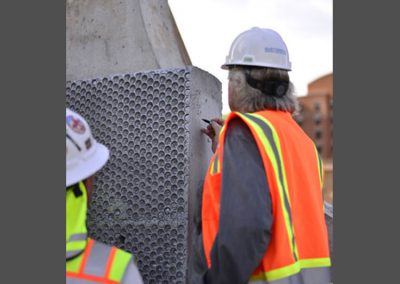 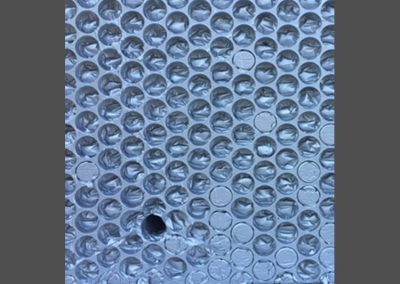 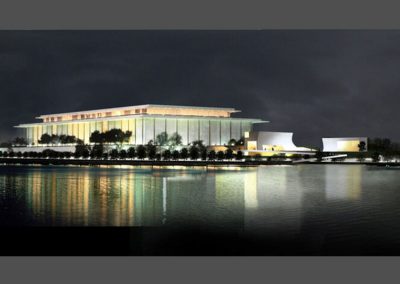 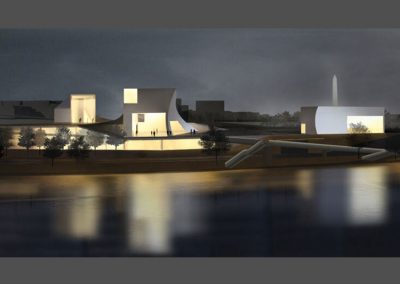 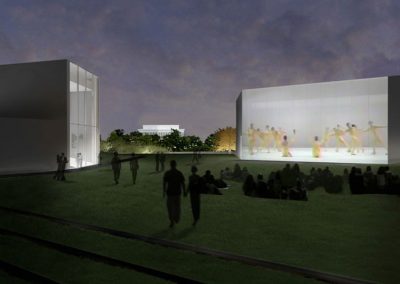 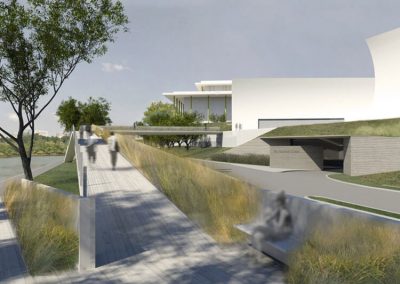 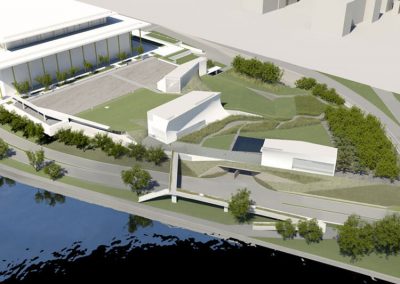 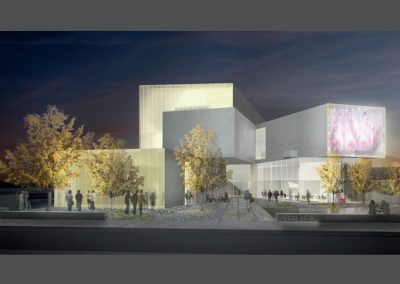 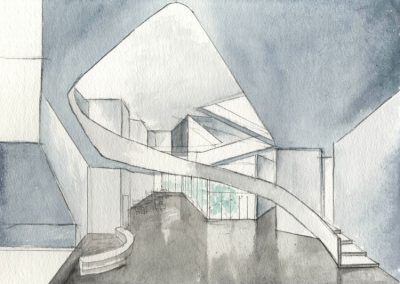 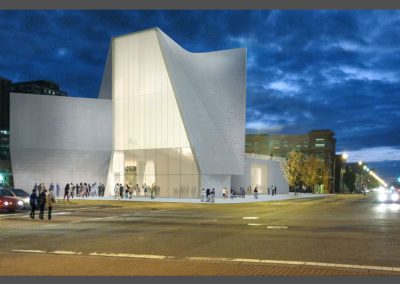 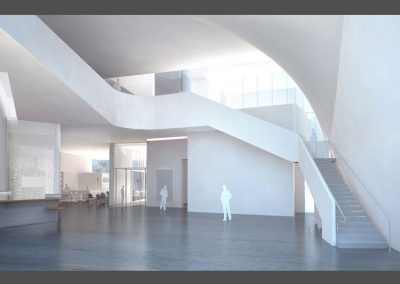 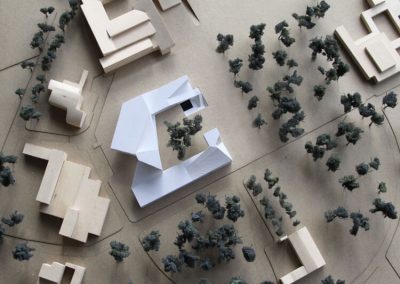 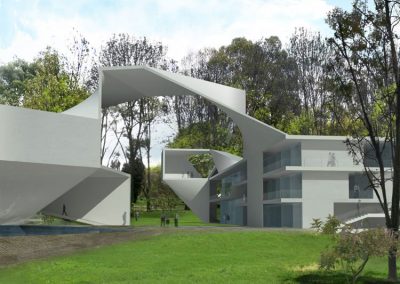 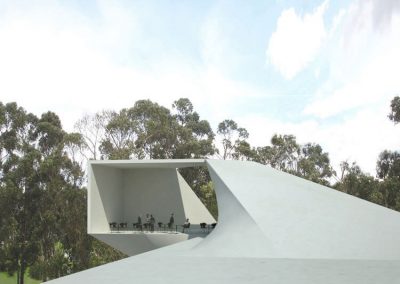 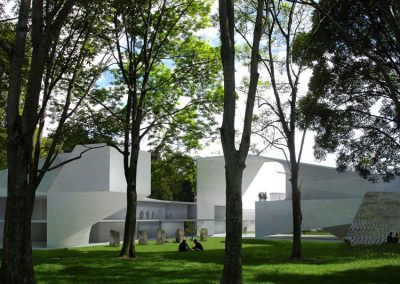 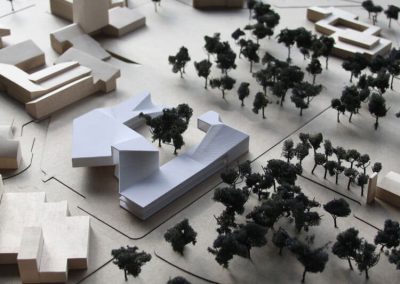