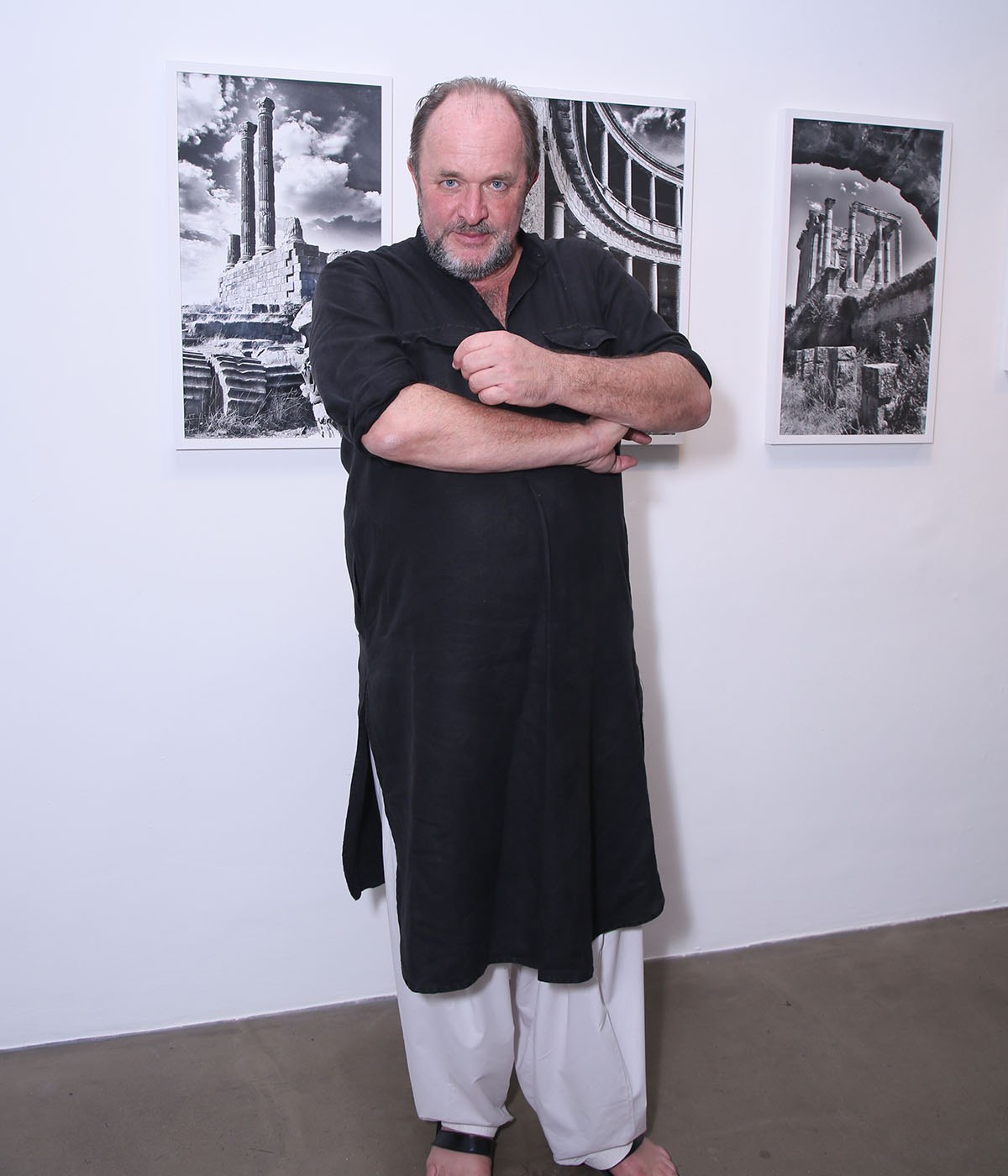 William Dalrymple was born in Scotland in 1965, is a Scottish historian and writer, art historian and curator, as well as a prominent broadcaster and critic. He was educated at Ampleforth and Trinity College, Cambridge, where he was first history exhibitioner then senior history scholar.

William Dalrymple is a fellow of the Royal Society of Literature, the Royal Geographical Society and of the Royal Asiatic Society, and is a founder and co-director of the Jaipur Literature Festival. He is a regular contributor to the New Yorker, the Guardian, the TLS, and the New York Review of Books, and is the India correspondent of the New Statesman.

In a suite of black-and-white photographs, shot over two years, William Dalrymple brings elegance, inquiry and grace to the photographic form. Powerful and precise, the pictures in ‘The Writer’s Eye’ Exhibition are documents of landscape, conveying potent solitude and brooding strokes. He returns to a visual medium he first worked with in collegiate days, armed now with over two decades of writerly composure. Curated by bestselling writer and Sensorium Festival co-founder, Siddharth Dhanvant Shanghvi, ‘The Writer’s Eye’ was exhibited at Sunaparanta: Goa Centre for the Arts in March 2016; Vadehra Art Gallery, New Delhi, in March 2016; and Grosvenor Gallery, London, in June 2016.